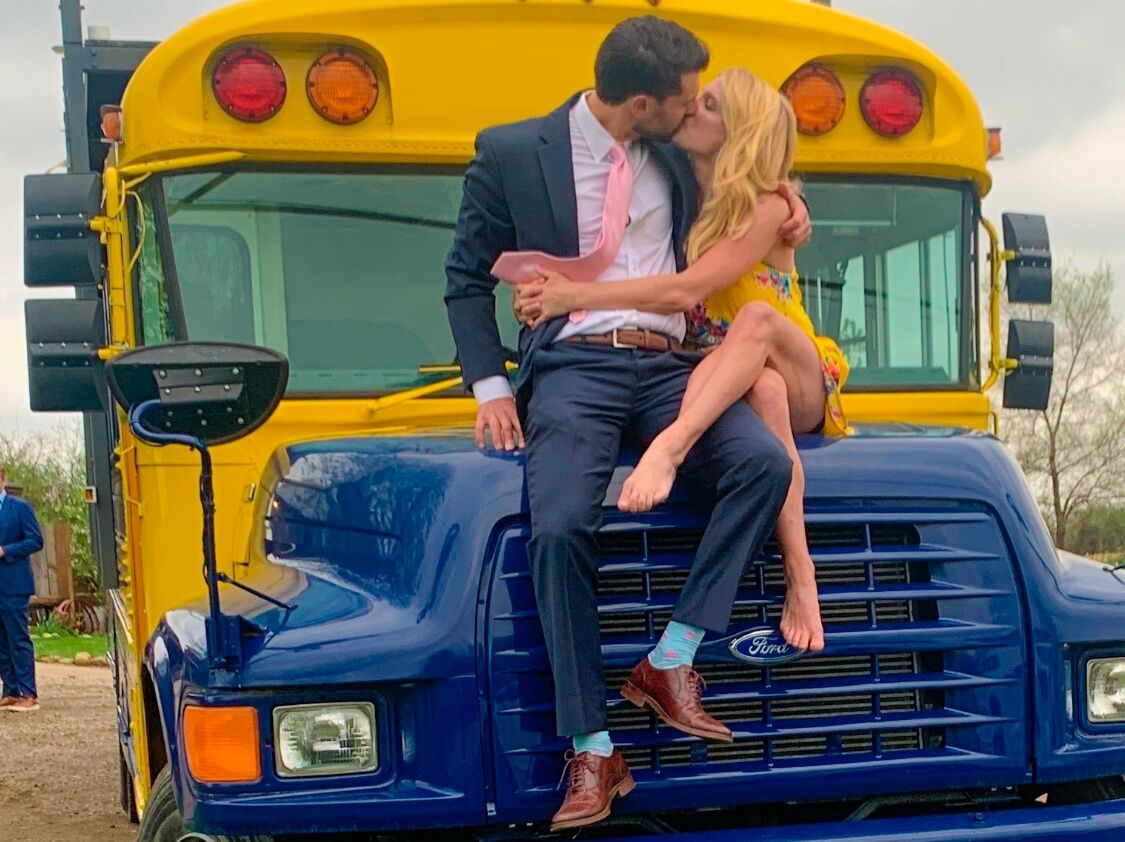 This is the story of how a West Coast tropical shirt wearing kid fell in love with a quintessential black attire wearing New Yorker...

On the first day of Orientation, Alex and Lindsay gathered in the auditorium of the Michigan Ross School of Business. The Dean of Admission commented that on average 4 weddings would take place from this incoming class. While Alex may have rolled his eyes at this comment, he was secretly smitten with a cute blonde girl who came to school from New York City and worked at Saturday Night Live.

On Friday October 4th 2019, at an off campus party hosted at the infamous "Compound", Alex and Lindsay finally had the chance to connect and were inseparable the rest of the night.

From that day on, Alex and Lindsay enjoyed all that Ann Arbor and business school had to offer. From games at the Big House, Winter Formal, Ski Week in Whistler and Spring Break in Colombia. Alex and Lindsay traveled the world and fell in love.

While the rest of their time in school was spent virtually, they still found ways to grow closer. Through long walks in Ann Arbor with Lindsay's dog Oliver, Alex and Lindsay bonded over their love of family and other values. The next year brought trips to Vail to ski with Lindsay's family and pool days in California with Alex's family. Their world's began to weave together more and more.

Lindsay now wakes up slightly earlier thanks to Alex, but Alex still knows better than to wake her up early on the weekend. She's also picked up Golf and is a ringer on the Pickleball court.

Alex has gotten more comfortable on the mountain through skiing and hiking with Lindsay, but still prefers Après Ski above all. He's also come to savor the perfection that is a fresh New York bagel.

On July 14, 2021, Alex was keen to go on a hike to one of their favorite spots in Vail, Shrine Pass. With a bagel to power them up the mountain and Oliver by their side, they charged up the mountain. On a scenic overlook, Alex got down on one knee and proposed. Lindsay claimed she was 50% surprised but elated none the less.

Their next chapter will be in Brooklyn, New York and they are eager to begin their life together.